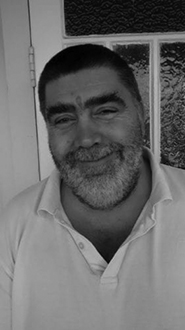 A relative newcomer to the world of writing, Brent Towns self-published his first book, a western, in 2015. Last Stand in Sanctuary took him two years to write. His first hardcover book, a Black Horse Western, was published the following year.

Since then, he has written 26 western stories, including some in collaboration with British western author, Ben Bridges.

Also, he has written the novelization to the upcoming 2019 movie from One-Eyed Horse Productions, titled, Bill Tilghman and the Outlaws. Not bad for an Australian author, he thinks.

Brent Towns has also scripted three Commando Comics with another two to come.

He says, “The obvious next step for me was to venture into the world of men’s action/adventure/thriller stories. Thus, Team Reaper was born.”

A country town in Queensland, Australia, is where Brent lives with his wife and son.

In the past, he worked as a seaweed factory worker, a knife-hand in an abattoir, mowed lawns and tidied gardens, worked in caravan parks, and worked in the hire industry. And now, as well as writing books, Brent is a home tutor for his son doing distance education.

Brent’s love of reading used to take over his life, now it’s writing that does that; often sitting up until the small hours, bashing away at his tortured keyboard where he loses himself in the world of fiction.

Drowning are the Dead