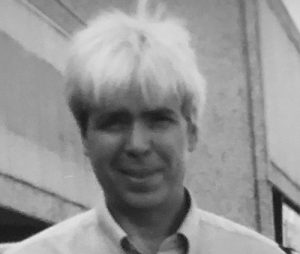 Patrick Clay was born a fifth generation Texan, in Galena Park, Texas, and went to a Catholic elementary school there. He attended St. Thomas High School and graduated fifth in his class. Patrick also received a scholarship to the University of St. Thomas and graduated cum laude from there. He then graduated magna cum laude from South Texas College of Law, where he was fourth in his class and a member of the law journal. While attending law school at night, Patrick operated his own locksmith shop. During the time he waited for the bar results, he began writing fiction. He began his second novel, Sgt. Hawk, in February 1977, and finished it in six weeks. Patrick had a well-known agent, who tried to sell it to major publishers and television. It was finally sold to Leisure Books in 1978, and by that time, Patrick had finished The Return of Sgt. Hawk, which was published in 1980. Sgt. Hawk Under Attack and Sgt. Hawk Tiger Island followed in 1981 and 1982, respectively. The titles of the latter two books were selected by the publisher, Leisure Books, as they originally had different names. Sgt. Hawk and The Firebolt was written in 1982 when Leisure Books went bankrupt, returned the rights, and never fulfilled distribution. Patrick had by then begun a solo law practice and gave up writing. He worked in a poor neighborhood, with plenty of wonderful clients, but not much compensation. So, Patrick became a captain in the Civil Air Patrol and was Houston chess player in 1990, more for his tournament directing ability than playing skills. After fourteen years, he gave up the private law practice, and worked as an attorney for the federal government for the next thirty years. The podcast, Paperback Warrior, rekindled his interest in Sgt. Hawk.

Patrick met his beautiful wife at Astroworld in Houston, the first year that the amusement park opened. When he began writing in 1977, he had no children, and by the time he stopped writing in 1983, he had three daughters; he now has nine grandchildren. His father, a disabled veteran, and six uncles served in the South Pacific during World War II. Patrick was named after one of them, Patrick Clay, who was on a U.S. Navy ship with four battle stars. Another one of Patrick’s uncles was at Pearl Harbor when it was attacked.