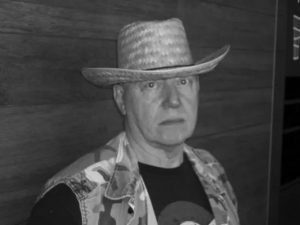 Michael A. Black is the author of 36 books and over 100 short stories and articles. A decorated police officer in the south suburbs of Chicago, he worked for over thirty-two years in various capacities including patrol supervisor, SWAT team leader, investigations, and tactical operations before retiring in April of 2011.

A long-time practitioner of the martial arts, Black holds a black belt in Tae Kwon Do from Ki Ka Won Academy in Seoul, Korea. He has a Bachelor of Arts degree in English from Northern Illinois University and a Master of Fine Arts in Fiction Writing from Columbia College, Chicago. In 2010 he was awarded the Cook County Medal of Merit by Cook County Sheriff Tom Dart. Black wrote his first short story in the sixth grade and credits his then teacher for instilling within him the determination to keep writing when she told him never to try writing again.

Black has since been published in several genres including mystery, thriller, sci-fi, westerns, police procedurals, mainstream, pulp fiction, horror, and historical fiction. His Ron Shade series, featuring the Chicago-based kickboxing private eye, has won several awards, as has his police procedural series featuring Frank Leal and Olivia Hart. He also wrote two novels with television star Richard Belzer, I Am Not a Cop and I Am Not a Psychic. Black writes under numerous pseudonyms and pens The Executioner series under the name Don Pendleton. His Executioner novel, Fatal Prescription, won the Best Original Novel Scribe Award given by the International Media Tie-In Writers Association in 2018.

His current books are Blood Trails, a cutting edge police procedural in the tradition of the late Michael Crichton, and Legends of the West, which features a fictionalized account of the legendary and real life lawman, Bass Reeves. His newest Executioner novels are Dying Art, Stealth Assassins, and Cold Fury, all of which were nominees and finalists for Best Novel Scribe Awards. He is very active in animal rescue and animal welfare issues and has several cats.

Stay up to date at www.MichaelABlack.com.