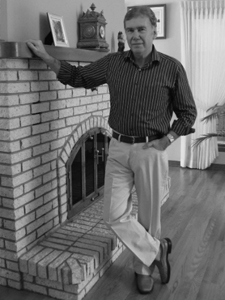 A reluctant businessman is how Lex Lander describes himself.

British by birth, he is a true cosmopolitan, having lived and worked in France, Spain, the Netherlands, New Zealand, and latterly, Canada. He began writing fiction at an early age, but his literary bent always had to take a back seat to the need to, as he expresses it, ‘put bread on the table’.

Nevertheless, in spite of a sporadic output, his books have enjoyed modest success over the years—in hardback, paperback, and e-book formats. His genres are crime thrillers, with the occasional foray into psychological/political/spy thrillers.

He is looking forward to working with Rough Edges Press, who will initially release three titles from his backlist, and he is committed to upping his game, with three completely new titles to be published over the next twelve months.