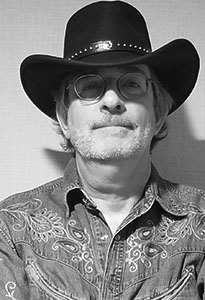 Mariotte is also the author of many comic books and graphic novels, including the original Western series Desperadoes, the horror series Fade to Black, action-adventure series Garrison, and the original graphic novel Zombie Cop.

He has worked in virtually every aspect of the book business, as a bookstore manager and owner, VP of Marketing for Image Comics/WildStorm, Senior Editor for DC Comics/WildStorm, and Editor-in-Chief for IDW Publishing, and a publishing consultant for various companies. When he’s not writing, reading, or editing something, he’s probably out enjoying the desert landscape around the Arizona home he shares with his family and dog and cats. Find him online at www.jeffmariotte.com, www.facebook.com/JeffreyJMariotte, and @JeffMariotte.