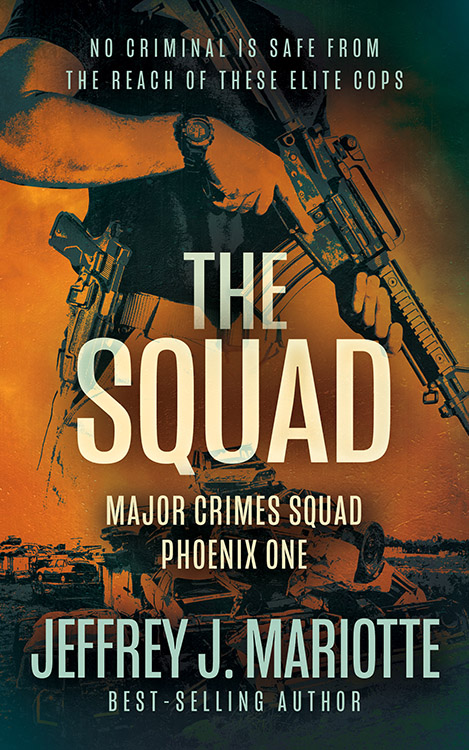 SOMETIMES BRUTAL, SOMETIMES BLOODY, THIS STRAIT-LACED POLICE PROCEDURAL WILL HAVE YOU TURNING PAGES AT LIGHTNING SPEED.

Phoenix, Arizona Detective Russ Temple has a new case—two burned corpses in a house apparently victimized by arson. But before he can make headway, he’s tasked with forming a brand-new squad within the department’s Violent Crimes Bureau.

The Major Crimes Squad is to handle headline-making cases that the city wants closed—and fast. They’ll also be expected to track down and bring in the worst of the worst as Temple quickly learns when their newly-formed squad is handed its first high-priority case—the days-old death of the mayor’s son from a fentanyl overdose.

Investigating these two cases pits the Major Crimes Squad against drug dealers, an outlaw motorcycle gang, and the newest—and most dangerous—face of organized crime in the city. From saguaro-studded hillsides to the sun-splashed streets of Phoenix, no criminal is safe from their reach.

But that notoriety has a downside, for each squad member is a target now, too…