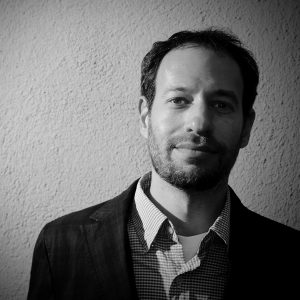 Lee Matthew Goldberg is the author of eight novels including THE ANCESTOR and THE MENTOR and the YA series RUNAWAY TRAIN. His books are in various stages of development for film and TV off of his original scripts. He has been published in multiple languages and nominated for the Prix du Polar. STALKER STALKED will be out in Fall ’21. After graduating with an MFA from the New School, his writing has also appeared as a contributor in Pipeline Artists, LitHub, The Los Angeles Review of Books, The Millions, Vol. 1 Brooklyn, LitReactor, The Big Idea, Monkeybicycle, Fiction Writers Review, Cagibi, Necessary Fiction, Hypertext, If My Book, Past Ten, the anthology Dirty Boulevard, The Montreal Review, The Adirondack Review, The New Plains Review, Maudlin House, Underwood Press and others. His pilots and screenplays have been finalists in Script Pipeline, Book Pipeline, Stage 32, We Screenplay, the New York Screenplay, Screencraft, and the Hollywood Screenplay contests. He is the co-curator of The Guerrilla Lit Reading Series and lives in New York City. Follow him at LeeMatthewGoldberg.com