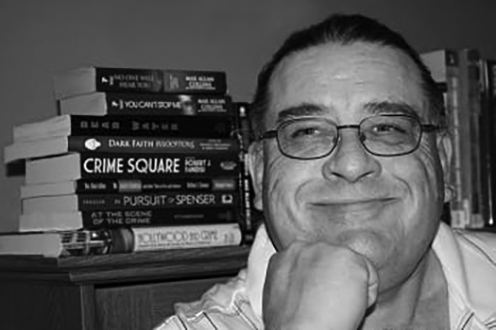 Matthew V. Clemens is a writer and teacher whose first book was a nonfiction true crime titled, Dead Water: the Klindt Affair (1995, with Pat Gipple). He has co-written numerous books with Max Allan Collins, the pair having collaborated on over thirty novels and numerous short stories, as well as the much-lauded non-fiction work, The History of Mystery (2001). They also contributed an essay to the Edgar-nominated In Pursuit of Spenser (2012).

In addition, the duo has produced several comic books, four graphic novels, a computer game, and over a dozen mystery jigsaw puzzles for such famous TV properties as CSI (and its spin-offs), NCIS, Buffy the Vampire Slayer, Hellboy, and The Mentalist, as well as tie-in novels for Bones, Dark Angel and Criminal Minds. A number of the team’s books made the USA TODAY bestseller list.

Matt also worked with Max on the bestselling “Reeder and Rogers” debut thriller, Supreme Justice (2014), and shared byline on its two sequels, Fate of the Union (2015) and Executive Order (2017). He has published a number of solo short stories and worked on numerous book projects with other authors, both nonfiction and fiction, collaborating a number of times with R. Karl Largent on the late author’s best-selling techno-thrillers. He has also worked as a book doctor for numerous other authors.

Matt lives in Davenport, Iowa with his wife, Pam, a retired teacher.

No Time to Spy: The John Sand Box Set: A Spy Thriller Series