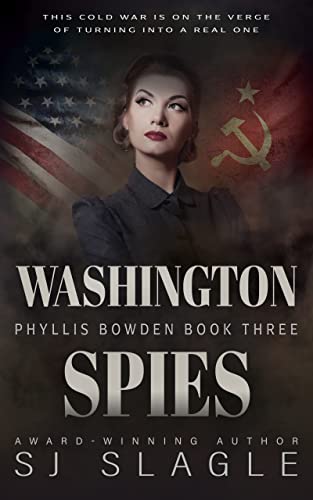 AN INTERNATIONAL SPY THRILLER BROODING WITH SUSPENSE—HISTORICAL FICTION SET IN THE MIDST OF THE COLD WAR.

Phyllis Bowden is finally working for the Central Intelligence Agency—a goal she’s aspired towards her entire life. But working as a secretary, Phyllis dreams of field assignments similar to the one she had on her last placement in Oslo.

Her wish is answered when the Cold War sets in, and a major Soviet spy starts stealing atomic secrets. Sent on her first espionage assignment for the CIA to the Oak Ridge Laboratory in Tennessee, Phyllis is tasked with locating and picking up a contact capable of bringing down the infamous Soviet spy.

Sources try to influence her—some for her success, others for her failure. With overt actions, it won’t take much to turn a cold war into a real one.

Will Phyllis Bowden make the right choice when faced with a decision that could erupt into a political explosion?