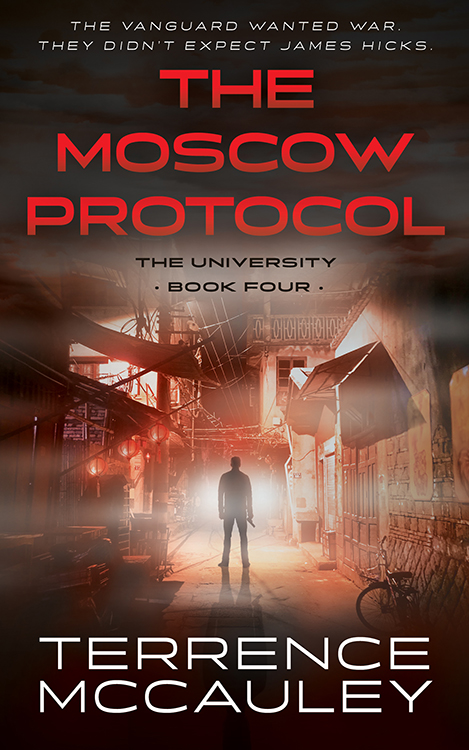 Men are driven by grief and duty. Only justice can complete the mission.

What do an ex-KGB agent, a North Korean Colonel, an arms dealer, a vice peddler and a renegade Chinese general have in common? Each of them has a target on their back.

After spending his life fighting his nation’s enemies all over the globe and grieving the death of a fellow agent and lover, James Hicks is on the road to recovery from extensive facial reconstructive surgery—which thwarts all known facial recognition scanners—when he finds one of the most wanted men in the world. This does not come without cost, as Hicks soon discovers. Interpol and the FBI want to question him, the CIA wants to capture him, and a mysterious network known as The Vanguard wants him dead.

Forced into hiding, Hicks is determined to team up with The University and devise a bold and deadly plan, which aims to lure The Vanguard into a trap that will end its threat to democracy once and for all.

In an epically mad chase spanning the mean streets of Manhattan, the dangerous jungles of Vietnam, and the back alleys of Bangkok, Hicks and his international team must work together to pull down The Vanguard in a final blow that may change the course of history forever. But will the addicting taste of revenge and the ever-interfering American Intelligence community stand in the way of them completing their mission?