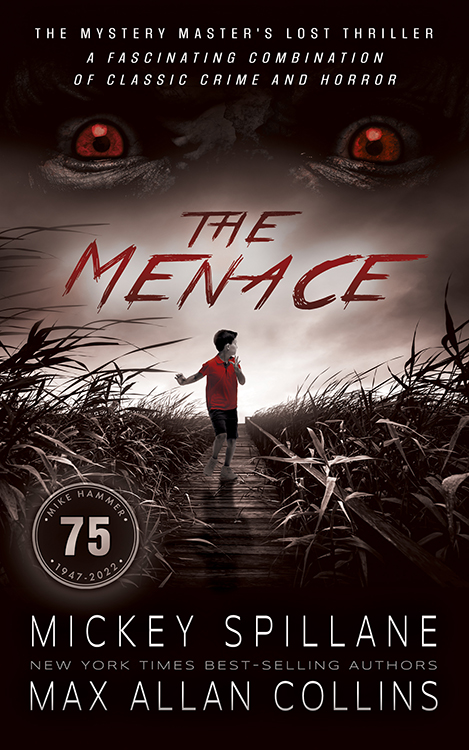 In touristy Peachtree Heights, Georgia, a string of presumably accidental deaths of area physicians rouses the suspicions of Police Chief Blake Cutter. But the former big-city cop’s attempts to warn Dr. Roy Ryan are viewed by his estranged wife as an attempt to muddy the waters of a custody battle over the couple’s young son, Richie.

Too late to do anything more, a small, incredibly powerful creature emerges from the night to brave the walls of the doctor’s compound, terrorizing the family and any and all police guarding them. The menace is suddenly real, and those physicians’ deaths are anything but accidental.

And when young Richie’s archeologist uncle gives the boy a grisly birthday present—an actual Aztec mummy!—the child begins to think the long-dead corpse is his friend, one who is still-breathing …

Mickey Spillane was the best-selling American mystery writer of the 20th Century. From an unproduced Spillane screenplay, his chosen successor, Max Allan Collins, has fashioned this compelling thriller.