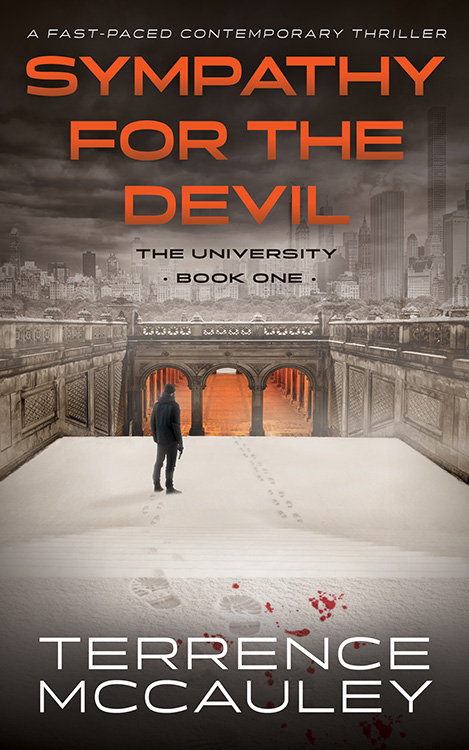 Sympathy for the Devil, The University #1

The University has been a clandestine organization since the days of the OSS. The University and its agents have always lived in the shadows, using its vast intelligence resources to help defeat the Nazis, end the Cold War and strike back at terrorists all over the globe. They have been at the forefront of global espionage for decades. Entrusted with running The University, James Hicks is one of the most powerful—and secretive—men alive.

But when Hicks’ brilliant protege is turned by a terrorist group that has alarmingly already begun operating on U.S. soil, Hicks finds himself in a race against time to find out just how the agent was turned and why. He must use The University’s covert global network to uncover a deadly biological plot that threatens to unleash a new era of chaos and anarchy—not only against the United States, but the entire western world.

PRAISE FOR SYMPATHY FOR THE DEVIL

“Hard to put down…the storyline succeeds in large part because of the gritty and stylish narrative, the virtually nonstop action…those looking for some top-shelf adrenaline-fueled escapism will be rewarded.” — Publishers Weekly