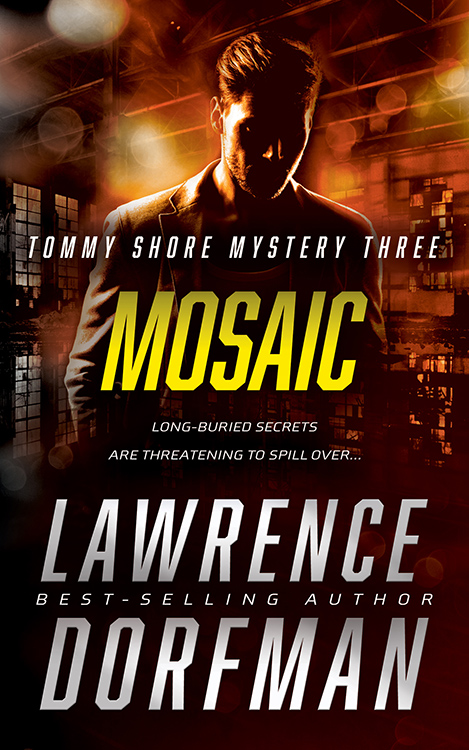 Private Investigator Tommy Shore has been summoned to Wallingford, Connecticut—a little outside of his normal jurisdiction. But Carla Vitter’s brother-in-law is missing, and she’s all alone to care for her niece.

Worried that he got involved with the wrong type of people, Carla is on edge. And while Tommy suspects an abusive spouse—who might also be involved in a white supremacist group—the police offer no help, and he begins to wonder if they’re involved as well.

As Tommy digs deeper, he uncovers truth after hidden truth, and the investigation turns nasty—culminating in a question of whether anyone will come out unscathed.

Part noir, part throwback, part travelog to one of the great small cities, Mosaic is book three in the Tommy Shore Mystery series.