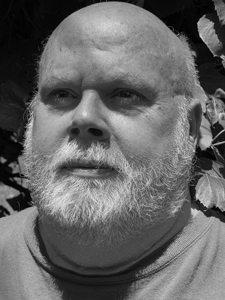 Mel Odom is a writer.

That’s what he set out to do as a kid growing up in the country, raising pigs and working at a gas station his dad ran. His mind wandered far, to Barsoom with John Carter, to different worlds with Andre Norton and Robert A. Heinlein. He eventually picked up Conan the Barbarian, Fafhrd and the Gray Mouser, and Elric of Melnibone. Later, he found Doc Savage, the Shadow, the Avenger, and the Spider.

Plus, there were about a zillion comics along the way. DC, Marvel, T.H.U.N.D.E.R. Agents—anything and everything that involved sequential stories told panel by panel.

Then, in the 1980s, Mel picked up every series Pinnacle Books ever published.

He has loved post-apocalyptic fiction ever since. It was in the 1930s science fiction he devoured in his early years—which he still reads to this day. There’s something about bringing life down to ground zero and building it back up again that appeals to Mel. John Carter’s Mars was a dying world. One of the earliest Andre Norton books he read was Star Man’s Son (or Daybreak 2250 A.D., whichever you prefer).

In Mel’s life today, he writes as much as he possibly can in whatever field presents opportunities. He’s gotten to write about childhood heroes (the Lone Ranger, the Green Hornet, and the Avenger) as well as more contemporary ones, such as Buffy the Vampire Slayer and Sabrina the Teenage Witch. He’s played in the Forgotten Realms, and he’s invented worlds of his own—in The Rover series and the Makaum series.

In addition to writing, he teaches at Gaylord College in the Professional Writing program, which was started by pulp writers from the 1930s and beyond: Walter S. Campbell (Stanley Vestal), William Foster-Harris, and Dwight V. Swain. They maintain several pulp traditions there while keeping abreast of the changing publishing environment.

He is also a constant amateur gardener who loves reading, playing games, and watching movies and television.