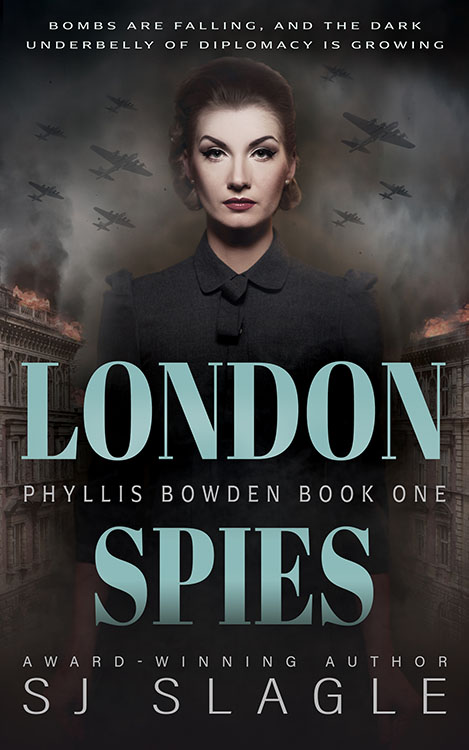 A DARK AND MYSTERIOUS INTERNATIONAL THRILLER—HISTORICAL FICTION SET IN THE MIDST OF WORLD WAR II.

Phyllis Bowden, a secretary at the American Embassy—known for her tenacity and intelligence—is catapulted into the limelight when the Military Attache is arrested for espionage. Her boss, the former Assistant Military Attache, tasks Phyllis with finding out what happened.

The arrest throws suspicion on everyone at the Embassy, particularly the Military Attache’s personal secretary—a woman whose attempted suicide convinces Phyllis that not all that meets the eye is as it seems.

With bombs still falling on a devastated city, Phyllis begins asking questions. But she never imagined the dark underbelly of diplomacy standing before her—threatening everything and everyone.

Entering a shadowy world of cryptic messages, secret rendezvous, and dangerous men, Phyllis learns quickly that safety nets don’t exist, and if she wants to survive, she better figure out the game fast.

Can Phyllis see to it that truth wins out in the end?