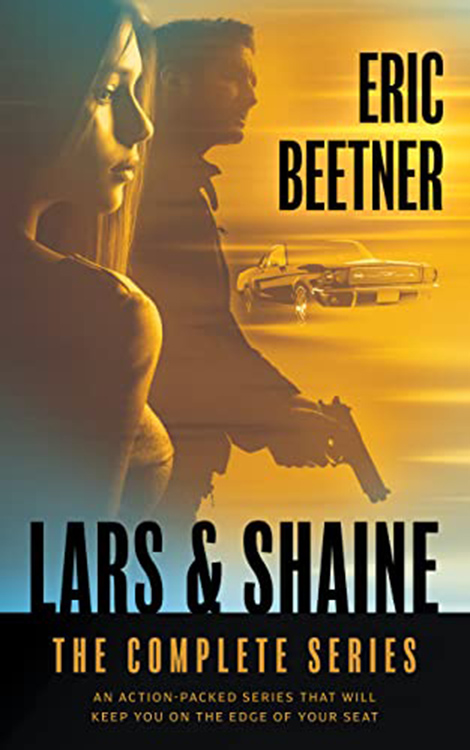 JOIN LARS AND SHAINE AS THEY TRAVERSE THE MEANING OF FAMILY AND ATTEMPT TO UNDO YEARS OF VIOLENCE IN THIS ACTION-PACKED CRIME THRILLER.

In The Devil Doesn’t Want Me, Lars—a hitman for an East Coast crime family—is on the hunt for Mitch the Snitch, an accountant who turned on Lars’ employer almost two decades ago. But when a young gun is sent in to replace Lars’ old boss, Lars loses the desire to kill his long-time target. Too bad leaving the game isn’t an easy feat, and—soon—Lars finds himself on the run with Mitch’s teenage daughter, Shaine, trying like hell to stay one step ahead of angry mobsters and the FBI.

When the Devil Comes to Call follows Lars and Shaine two years after they escaped the mainland with their lives and little else—having carved out a nicely spartan existence in Hawaii. What befalls is a coming of age forged in fire and a deepening bond built on the edge of life and death. Forced to confront the past and wonder about the future, Lars and Shaine are about to see what kind of team they make.

Lars and Shaine have returned to a quiet life on the islands in The Devil at Your Door. For Lars, though, there is unfinished business. Business that sees him enacting revenge on behalf of his protégé, the young woman he’s grown to think of as a daughter, in secret. But when he lands in the hospital, Shaine is called in from a thousand miles away and tasked with taking the lead on the last job of Lars’ storied career of death for hire. Together, they’ll face a local drug boss and an old enemy as they work to fire the last bullet they’ll ever need to—before one finds them first.