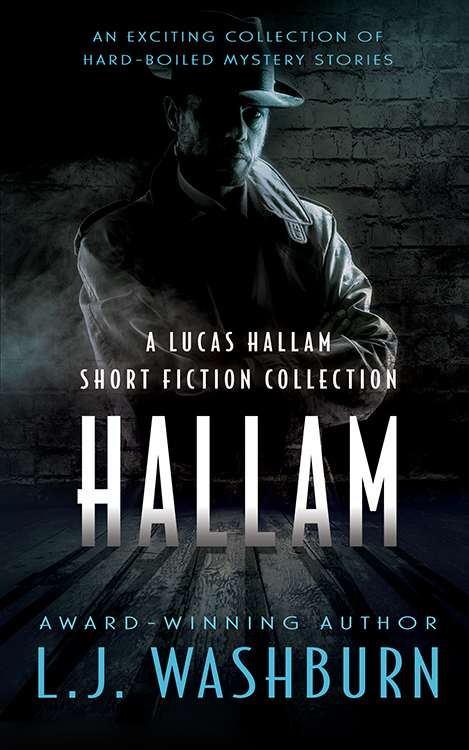 HOLLYWOOD IN THE 1920s, WHERE THE GLITZ AND GLAMOR OF THE SILENT MOVIE ERA CONCEALS DARK AND DANGEROUS SECRETS, AND ONE OLD COWBOY USES FRONTIER CUNNING AND GUN-SKILL TO UNCOVER THE TRUTH AND DELIVER JUSTICE IN THIS COLLECTION OF HARD-BOILED MYSTERY STORIES.

From Lucas Hallam’s first appearance in Hallam—where a cowboy who has outlived the days of the Old West becomes a gun-toting private eye and stuntman in the early days of motion pictures in California—to Hollywood Flesh—where Hallam’s most recent case is starting to give him nightmares—Hallam is told as a larger-than-life character.

He tangles with killers, solves mysteries, battles against grievous transgressions, and enjoys memorable moments with his friends while working as a riding extra in a colorful portrait of Hollywood during one of its golden ages.

In each short story, readers will begin questioning … Will Hallam win over evil by the end … or has he finally reached the end of the trail?