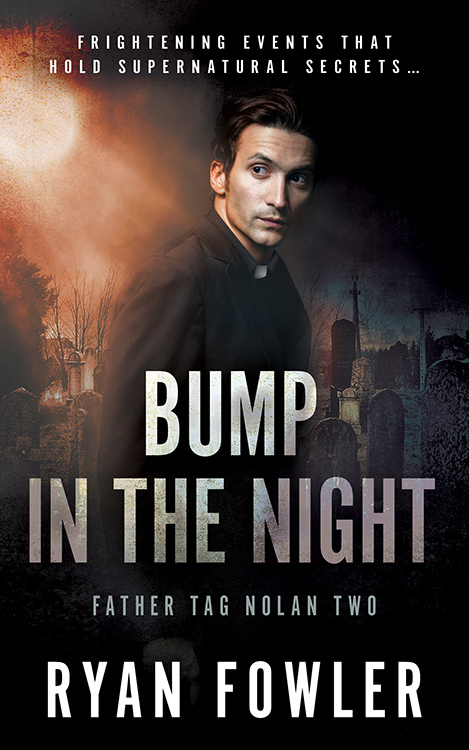 After an eventful summer, Father Tag Nolan and his wife and co-detective, Jenna, decide to take a month-long sabbatical in a historic and picturesque Massachusetts town. Staying in an old house right on the coast, the two are ready for some rest, relaxation, and sight-seeing. They’re also ready to catch up with old friend, Father Mike Owens, and take part in his congregation at St. Augustine’s.

But as the Halloween season approaches, it becomes clear that the town’s decorations aren’t the only objects turning spooky.

A parishioner at St. Augustine’s is claiming that her rental property is haunted. Renters are fleeing just as quickly as they are arriving, citing strange noises, odd feelings and smells, and otherworldly sightings. As unbelievable as it sounds, no one can ignore the problem when the situation escalates—going from mere spooky occurrence to all-out violence when a young woman is found murdered.

On the case, Father Nolan and Jenna must uncover the true source of the property’s nightmarish events. But will they be able to get to the truth on an unexpectedly treacherous road?