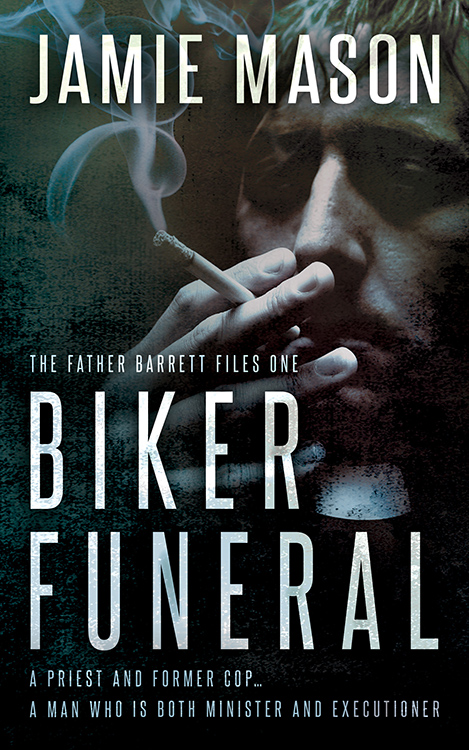 A HARD-DRINKING, TWO-FISTED PROTAGONIST IN THE MIDST OF A PARADE OF COLORFUL CHARACTERS—GRITTY REALISM AT ITS FINEST.

After years of tracking down pedophile priests, Vatican investigator—and former cop—Father Michael Barrett snaps and beats one to near-death. Spared a trial by church intervention, he is transferred to a backwater parish in Fulton, British Columbia and told to behave himself.

On one drunken night, Barrett crosses paths with the Paladins—who coerce him into accepting five thousand dollars to conduct a secret funeral for a victim of biker “justice.” Caught in a sinister web of danger involving vanishing corpses, crooked police officers, phony Navy SEALs, feuding biker gangs and plenty of cold-blooded violence, Barrett alone knows how all the pieces fit together. Too bad he’s sworn to the silence of the confessional.

In a wilderness big enough to hide a hundred bodies—where one priest must be both minister and executioner—death and justice share the same tormented advocate.